Blog - Latest News
You are here: Home1 / Activities2 / Administrative and Substance Review of the Proposal on SGP Indonesia Cycle... 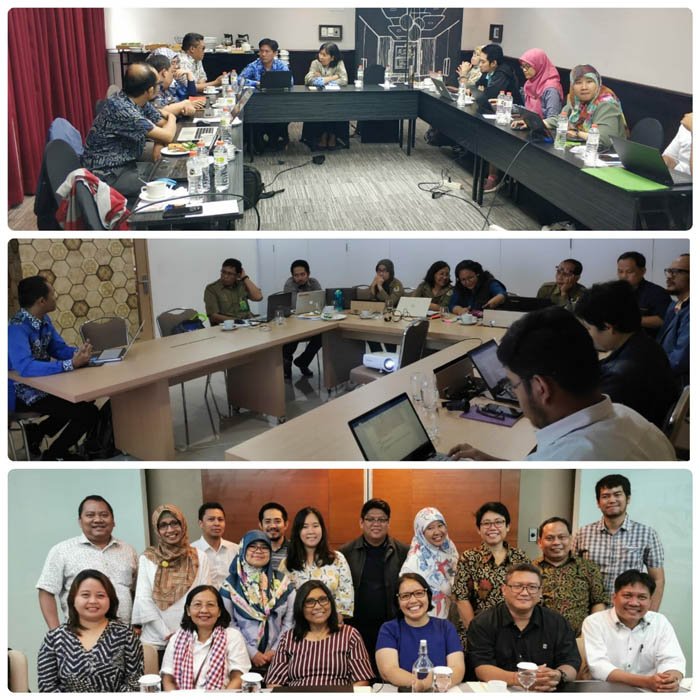 The Call for Proposal of Small Grants Program (SGP) Grant Proposal in Indonesia was announced on 15 September 2019 and the proposal that was submitted was assessed through two (2) stages, namely: the first stage, an administrative assessment carried out by the Penabulu Foundation as a Service Provider on the 4th October 2019 for Way Kambas National Park and 7 October for Gunung Leuser National Park. The second stage, the substance assessment on 15-16 October 2019, based on the results of the administrative evaluation there were four (4) proposals for Way Kambas National Park and eight (8) proposals for Gunung Leuser National Park conducted by the Regional Program Coordination Unit of the Small Grant Program ASEAN Centre for Biodiversity and the National Working Team of the SGP Indonesia (National Working Team) which took place at the Santika Hotel, Slipi, Jakarta.

The assessment process takes a long time and considers several aspects of both the text and the context and needs of national parks as beneficiaries in AHP protection. After the plenary meeting, it was agreed to recall several proponents deemed necessary to obtain clarification of the proposed proposal, and agreed to summon several proponents to clarify the proposal submitted on October 21, 2019 at Manggala Wanabhakti, Ministry of Environment and Forestry, Jakarta.

On the agenda of clarifying the proposal of SGP Indonesia Cycle 1 at Cafe Mangarove was attended by seven (7) people from the NWT Team (National Working Team) and three (3) people from the Penabulu Foundation as Service Providers. The assessment process was led directly by Ms. Nining Purnamaningtyas as Chair of the National Working Team on October 21, 2019 there were seven (7) proponents from Way Kambas National Park and Gunung Leuser National Park. In the clarification, the NWT provided input and recommendations for the proponent to revise the proposed proposal.

The revision deadline is set for October 25, 2019 at 11:59 p.m. WIB, the proponent making the revision must have sent the revision of the NWT input to the Penabulu Foundation as a Service Provider, and compile the results of the revision to be immediately sent to the NWT for re-evaluation.

The proposal assessment by NWT was carried out on October 28, 2019 at the Ibis Slipi Hotel in Jakarta, which was attended by 7 people from the NWT Team (National Working Team) and 5 people from the Penabulu Foundation as a Service Provider. The assessment process was led directly by Ms. Nining Purnamaningtyas as Chair of the National Working Team and took place democratically by prioritizing agreed themes, regional contexts, and national park needs. The assessment results are summarized and sent by the NWT / KKH KLHK to ACB, which are then averaged as the final results. Endorsement from the National Steering Committee (NSC) will be the final stage of evaluating the SGP Indonesia Cycle 1 proposal.